Not sure if I mentioned previously... but we have two guinea pigs... and a dog and a cat... yes I know not too dissimilar from a farm really!  And all our pets, along with our human children were all of the female variety... or so we thought! 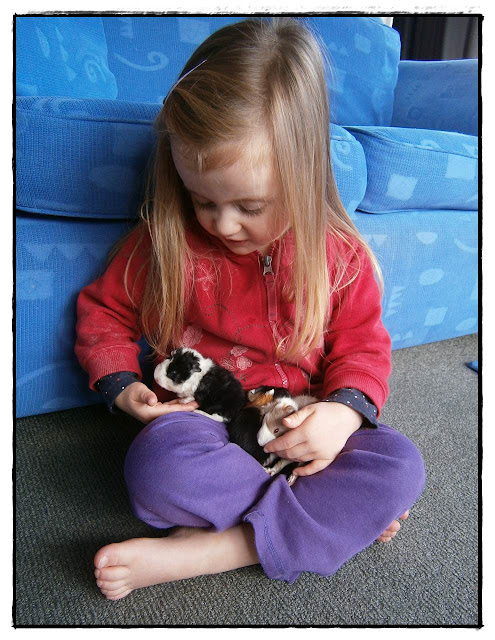 Heidi was given these two Guinea Pigs for her 3rd birthday by a very dear friend.  They were both supposed to be girls... She named them after herself and for a number of weeks happiness reigned in their cage.  Until we discovered that one of them, H, seemed to be getting attacked by the other one, T...


So off to the vet to have poor H checked out and to make sure it wasn't something else and to find out what was going on and what we could do...  Mr Vet said well seeing as they're both girls going into puberty they're trying to assert dominance and become leader of their little pack.  Overall though little H looked good and healthy and... oh hang on... H is not a she... he's a he...  which means he's probably a rowdy little guy and T has had enough of his advances and is trying to tell him she has a headache!! 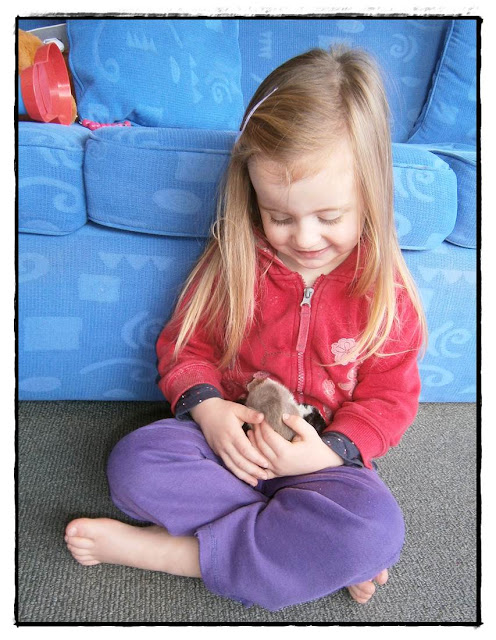 One of the girls was devastated that it wasn't a girl any more until we announced that if you have a Mummy and a Daddy of something you can generally count on babies somewhere along the line... and of course Heidi would not change the name to something a bit more boyish but that's ok.  We all like being special : )  Needless to say my husband was happy he wasn't completely outnumbered anymore : )


Soooo, over the weeks mummy T's tummy grew and grew and grew...  it was truly something to behold that massive tummy on this little critter...  After a brief outing Tuesday morning we got home and whilst doing some chores observed that little daddy H was making some extreme advances toward mummy T whilst they were having morning tea...  I then noticed too that she was looking a bit slimmer than earlier in the morning too....  Mmmm I wonder.... 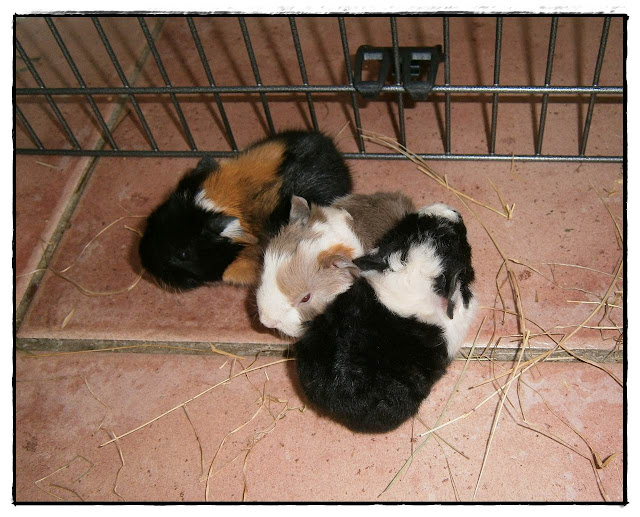 YES!!!  3 beautiful little babies were huddling in their little house together waiting for mum to get back!  One looks just like daddy, the other just like mummy and #3 completely different from both!!  And they are tiny and gorgeous and just adorable!


There has been huge excitement in the house and we are loving cuddling our new babies.  Just amazing seeing how these little things have arrived basically ready for life and how their mummy instinctively knew how to birth them and now how to look after them.  Yes - I absolutely love this stuff! 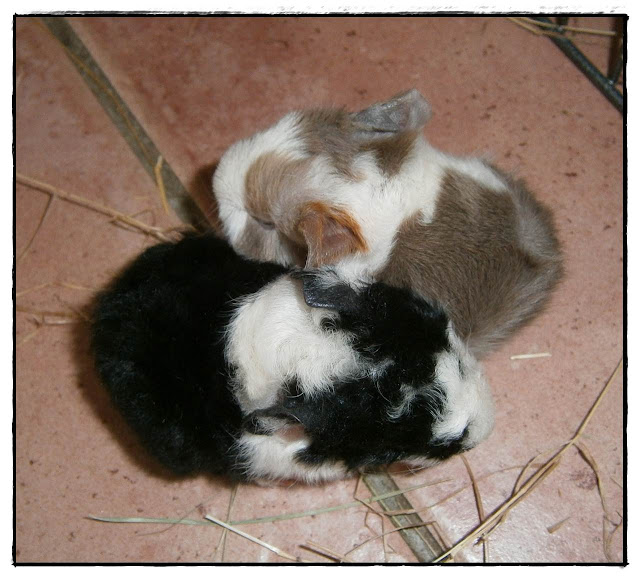 I'll stop going on about it now and hope I didn't bore you to death with my guinea piglet story... : )
Did I mention how cute they are? 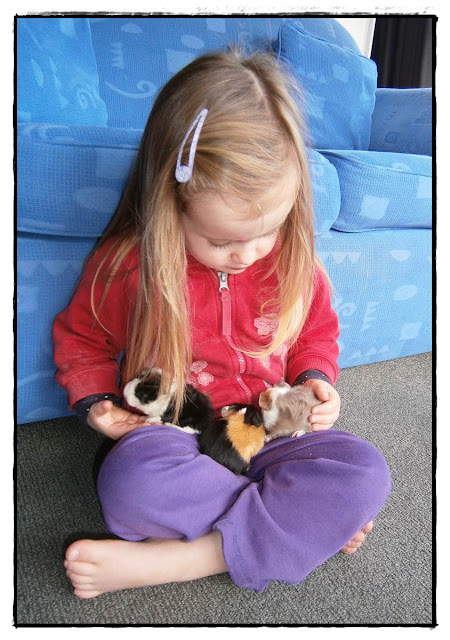 Linking up here
Posted by Leonie at 23:17

Email ThisBlogThis!Share to TwitterShare to FacebookShare to Pinterest
Labels: babies