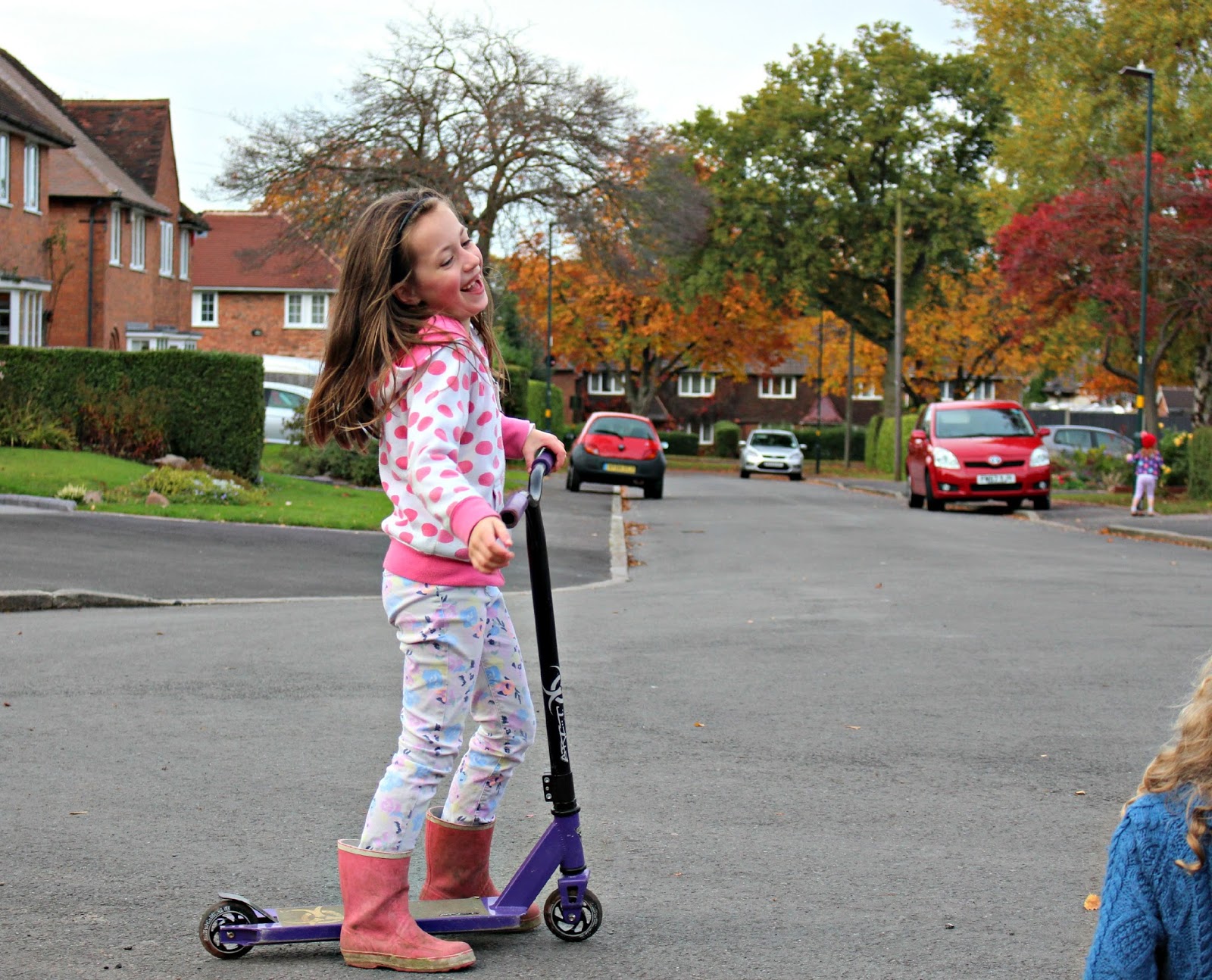 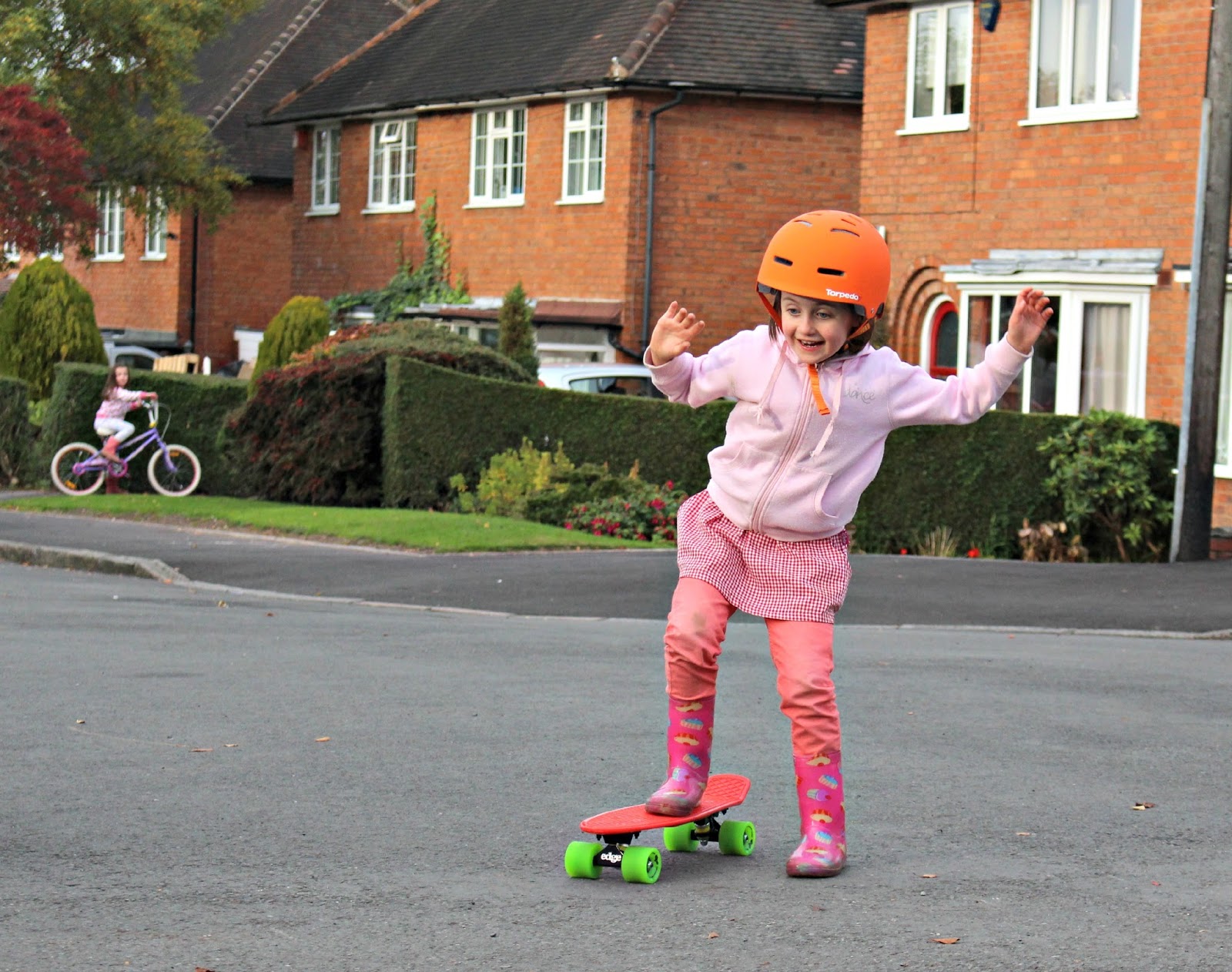 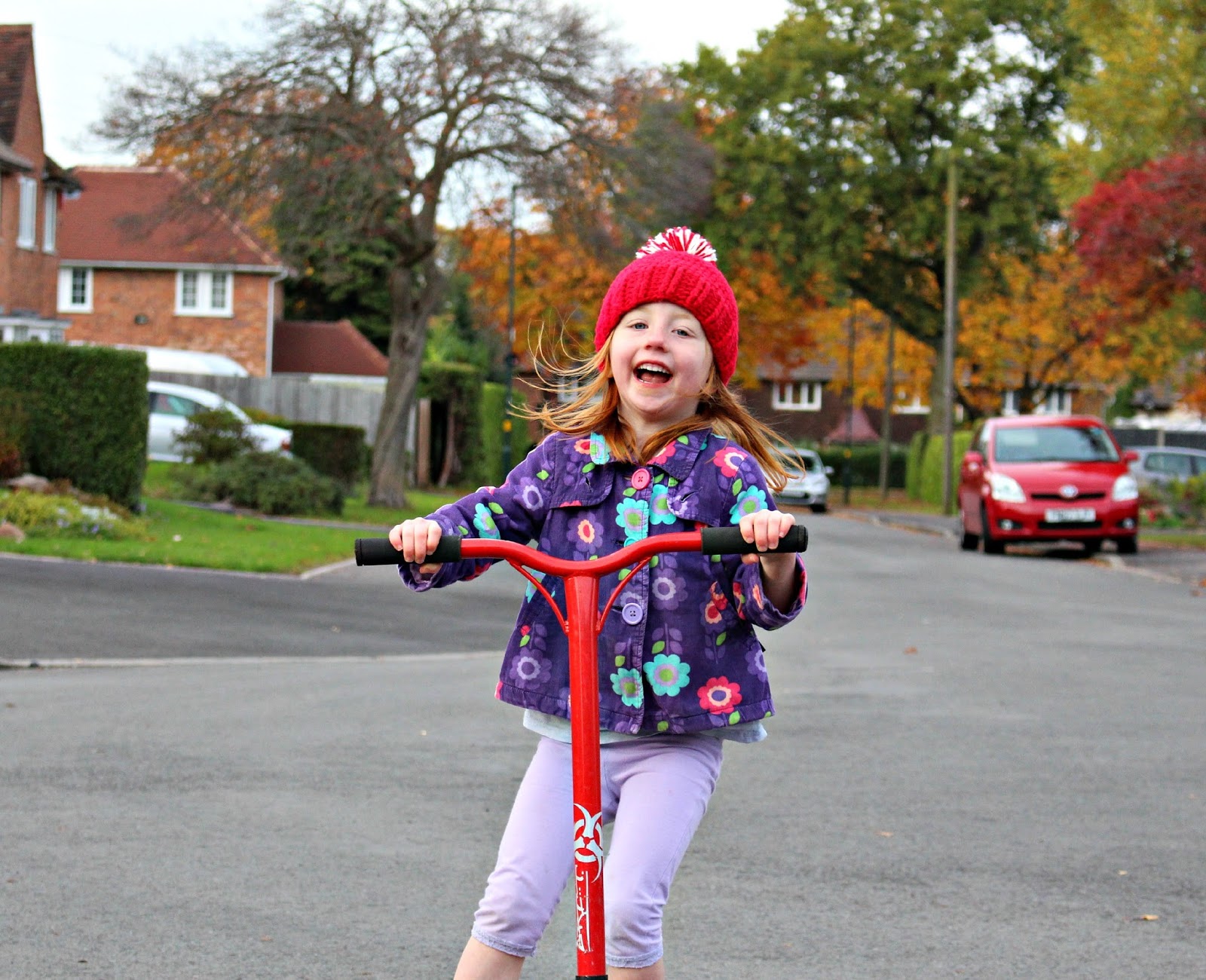 Playing with the kids in our street. So happily - so many smiles, so much laughter. It was the last week of school before mid-term break and we are looking forward to down-time. H's year had a small production of school to demonstrate some of the things they learned at topic during the term. H spoke loud and clearly when it came to her part... Another proud motherly moment :) Other mothers even came to me to comment about the top-notch projection ;) SA played NZ in the world cup Semi's - we had a divided and passionate household. H siding with Mum, L and A siding with Dad... but at the end we could all pat each other on the back. Love seeing how enthusiastic you all are and hope we continue to have such great sporting spirit.
L xx
Posted by Leonie at 12:40 4 comments: 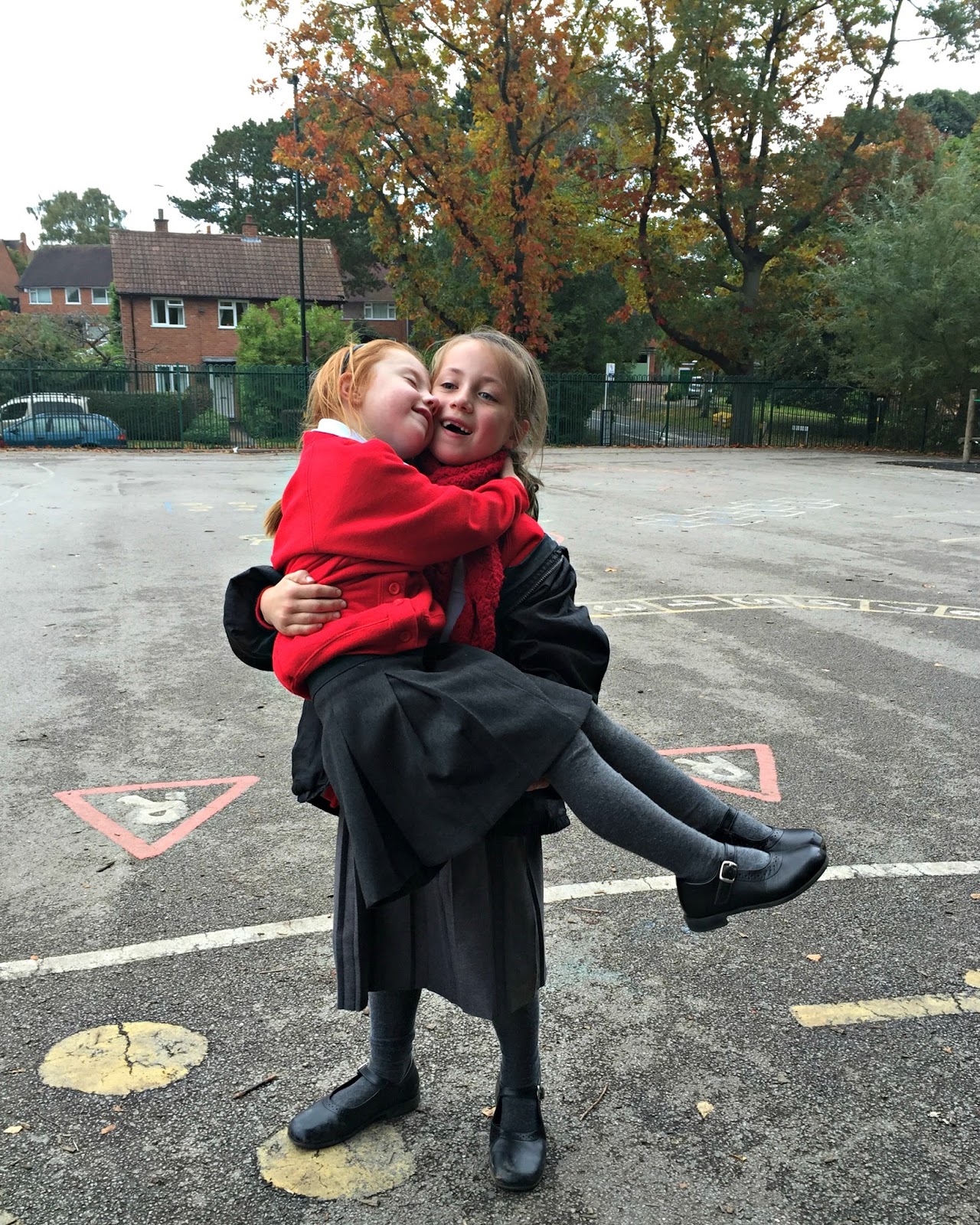 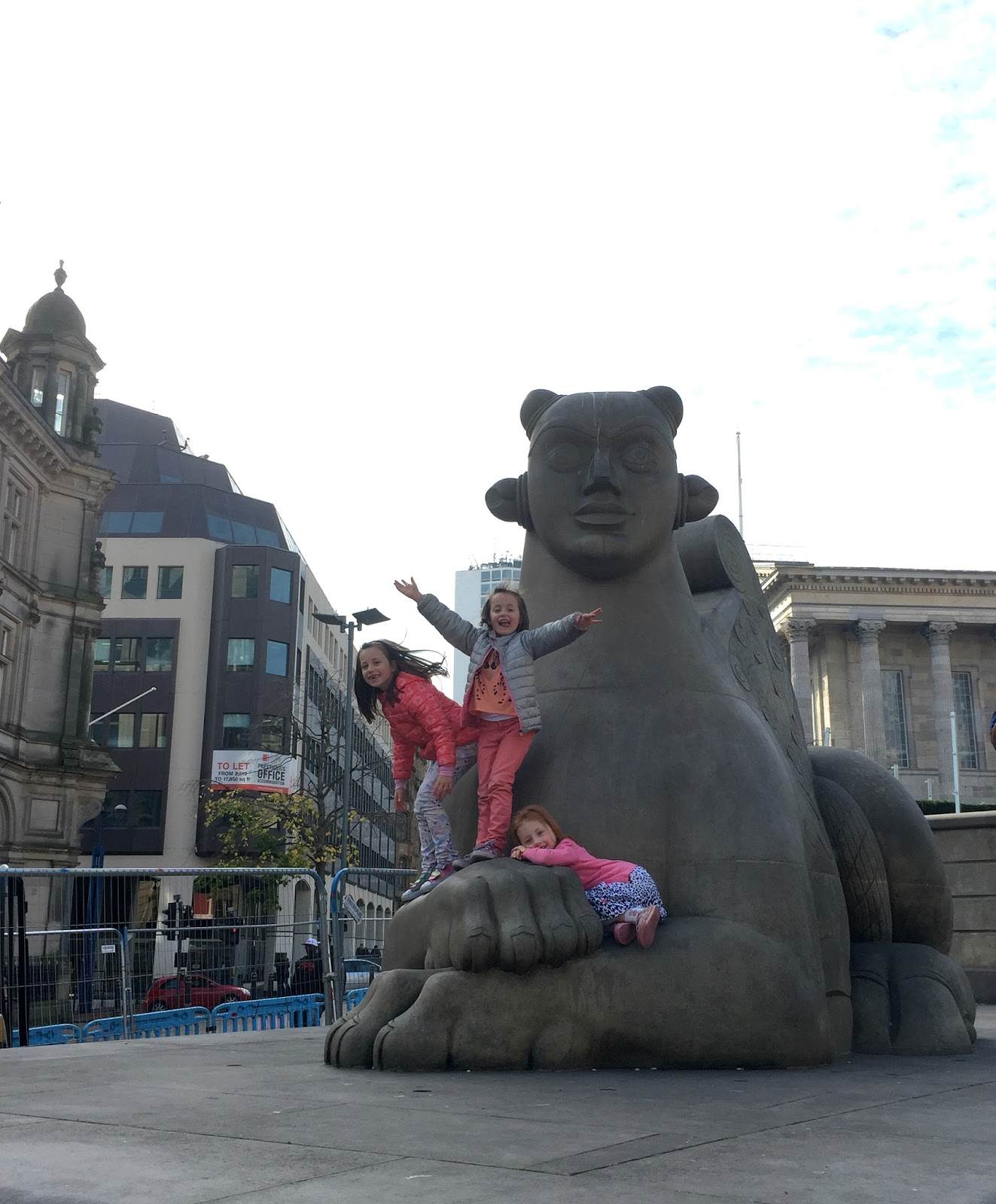 Two more weeks that absolutely flew by. There were various workshops at school with both A and H and then there were also parent meetings. Our A is a "diamond" and if only there were more H's in class! Proud and delighted mummy :) It is such a joy to hear how well you both are doing and how happy you are at school. This school year is off to a great start and you are both fully engaged, involved and thriving.

We also had some familial visitors stay for a couple of nights... we had such a lovely time and you girls especially loved having them here. Lots of reading, chatting, "look at me!" There was choir, football, homework, a lot of rugby watching(!) and life in general - life and it's knack for absolutely zooming by. 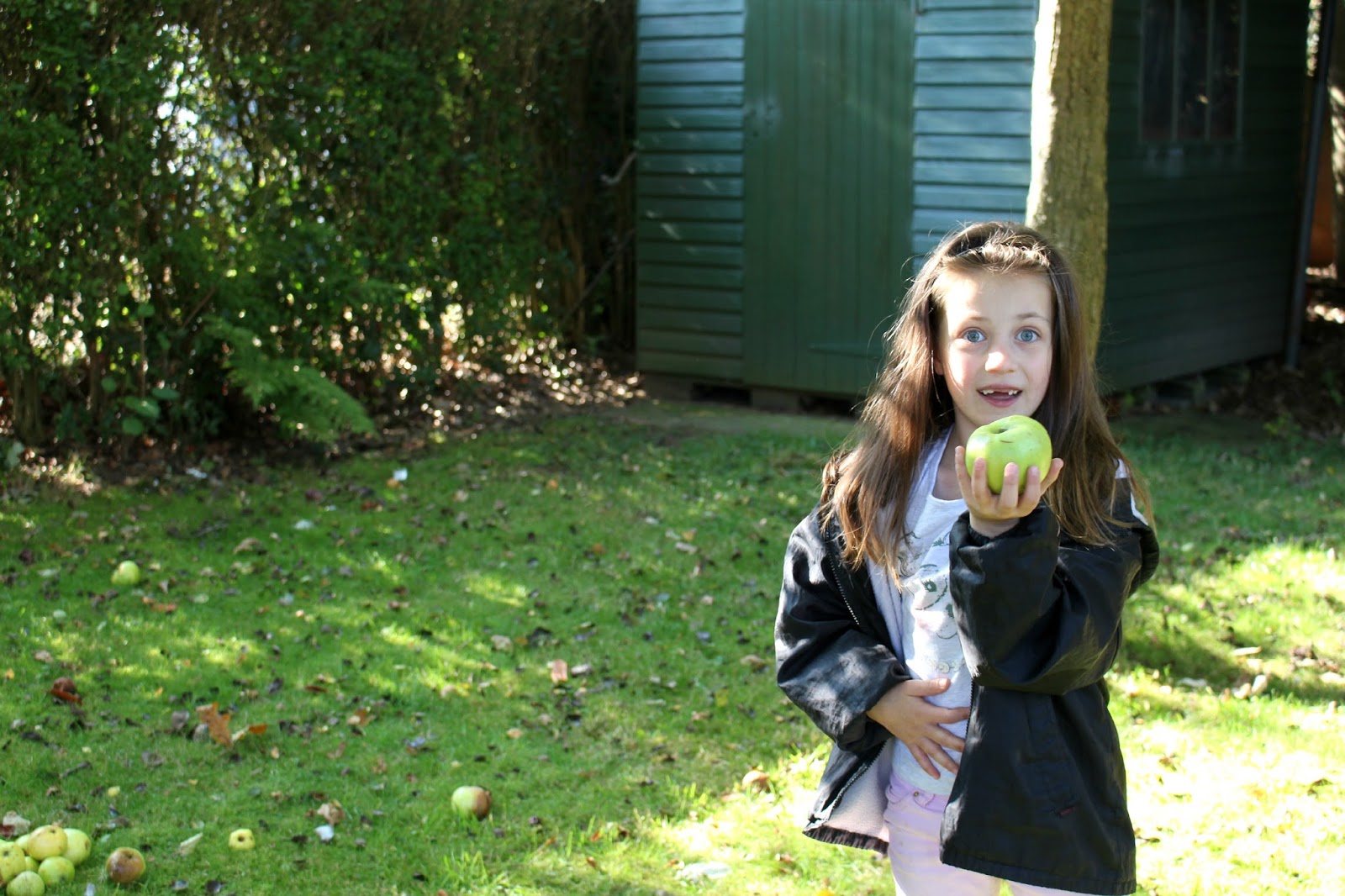 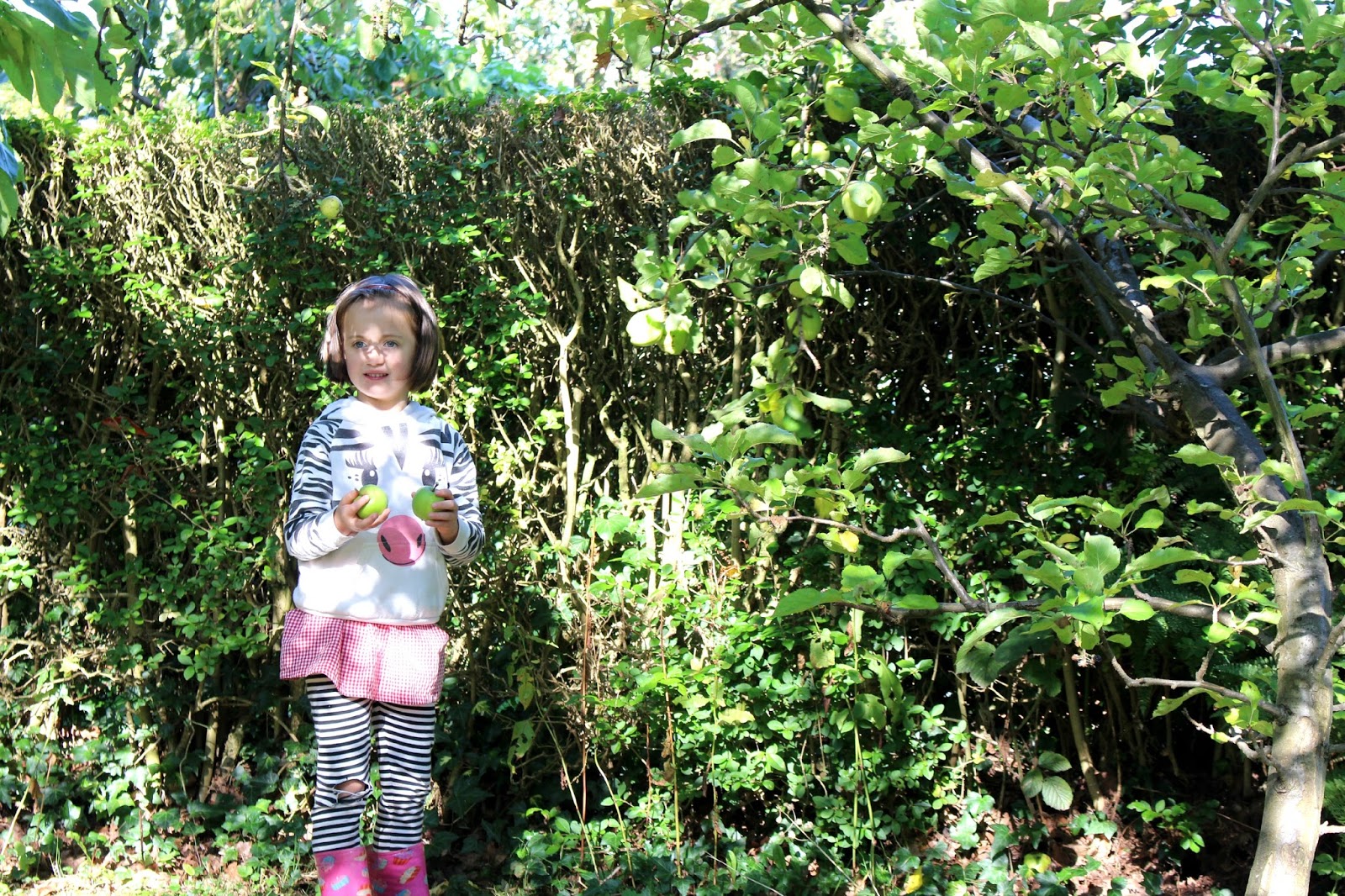 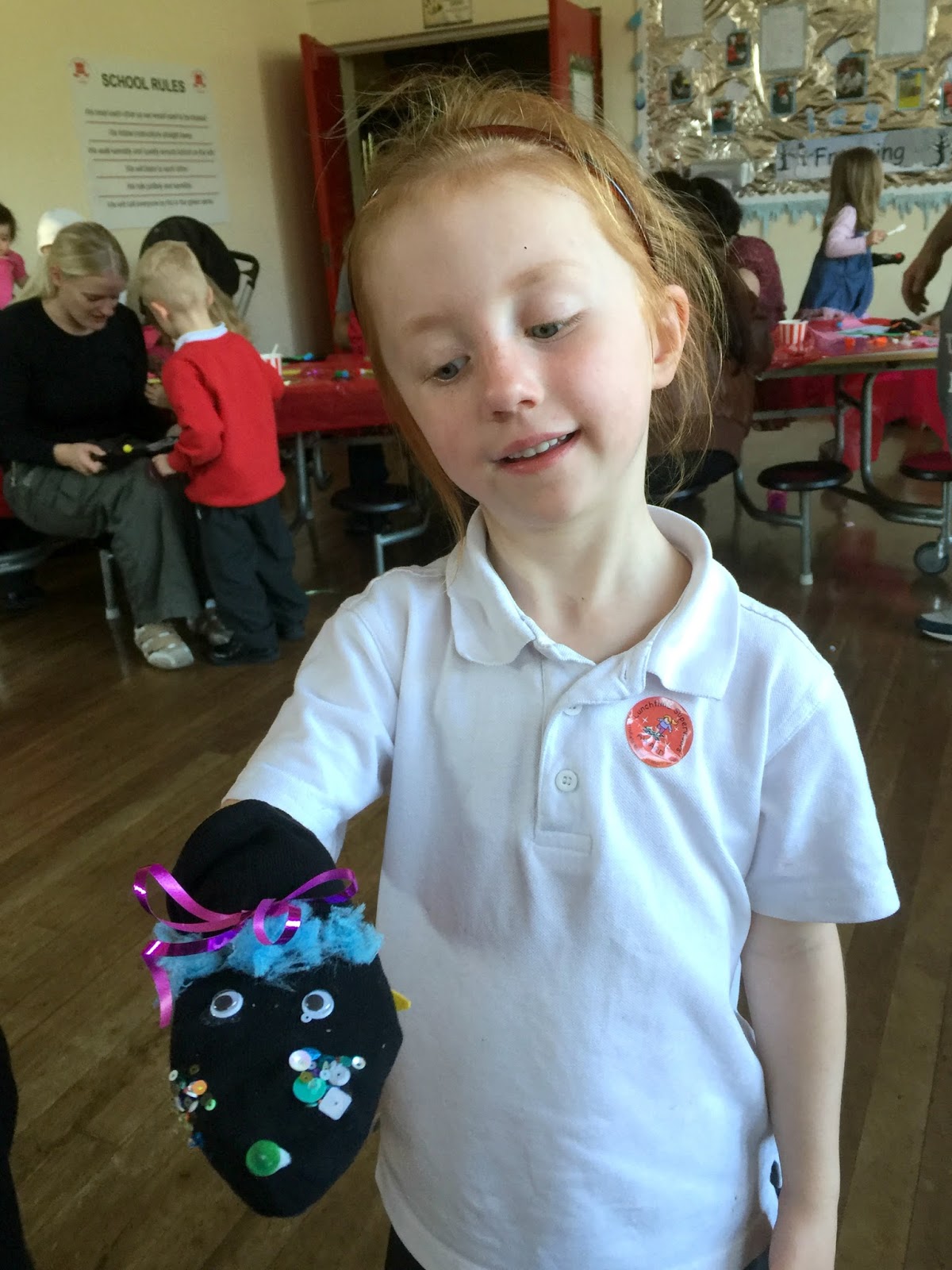 A: Apple collecting/picking from a neighbour down the street. Such fun :) During the week we finally had some friends around after school for a baking/play session. All 7 of you had such a great time - tearing around the place, climbing trees, baking, decorating, eating and playing games. It is really so lovely to see some of the gorgeous friends you've made and being able to have these occasions.

H: You and I went to the monthly embroidery get together over the weekend. You loved stitching and I was hugely impressed with how beautiful your work was. We had a lovely sushi lunch in which you devoured your food - much to my amuzement :) A special one-on-one time for us.

L: We made some hand puppets together one morning at school this week - you are so very clear on what you do/dont want and like and very good at giving "direction". You are loving school - everyday you come home full of beans and joy and stories and stickers. Tired but happy :)

Although there were no big events or trips or anything like that this month, it went by in such a blur. It was mostly dominated by the start of the new school year for the girls. A and H started during the second week and were off to a rip-roaring start. They are fully engaged and loving it. Both are going to a performance/drama/singing club and H is back into her football coaching. 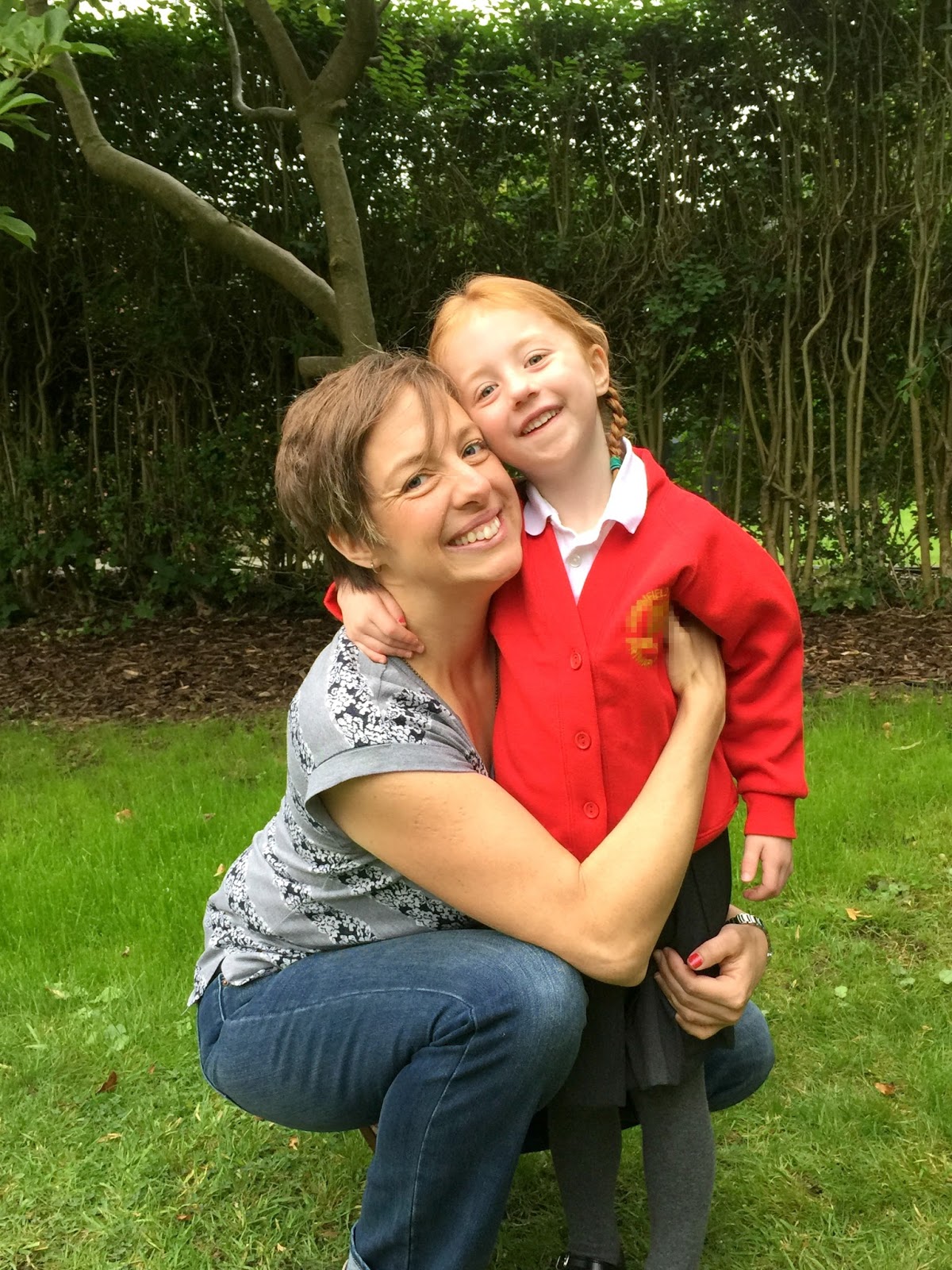 Of course the most significant (mostly for me probably!) is our little L also starting school in September. She has been ready for months... if not a couple of years(!), and has thrown herself into it whole-heartedly after counting down all those sleeps. 8 months earlier than it would have been in NZ... adjustment and change is our friend :) On our last day together we went off to a theme-park with a few new school friends.  And then there was a school trip at the end of the first week where we had fun building a den in the forest and seeing animals. 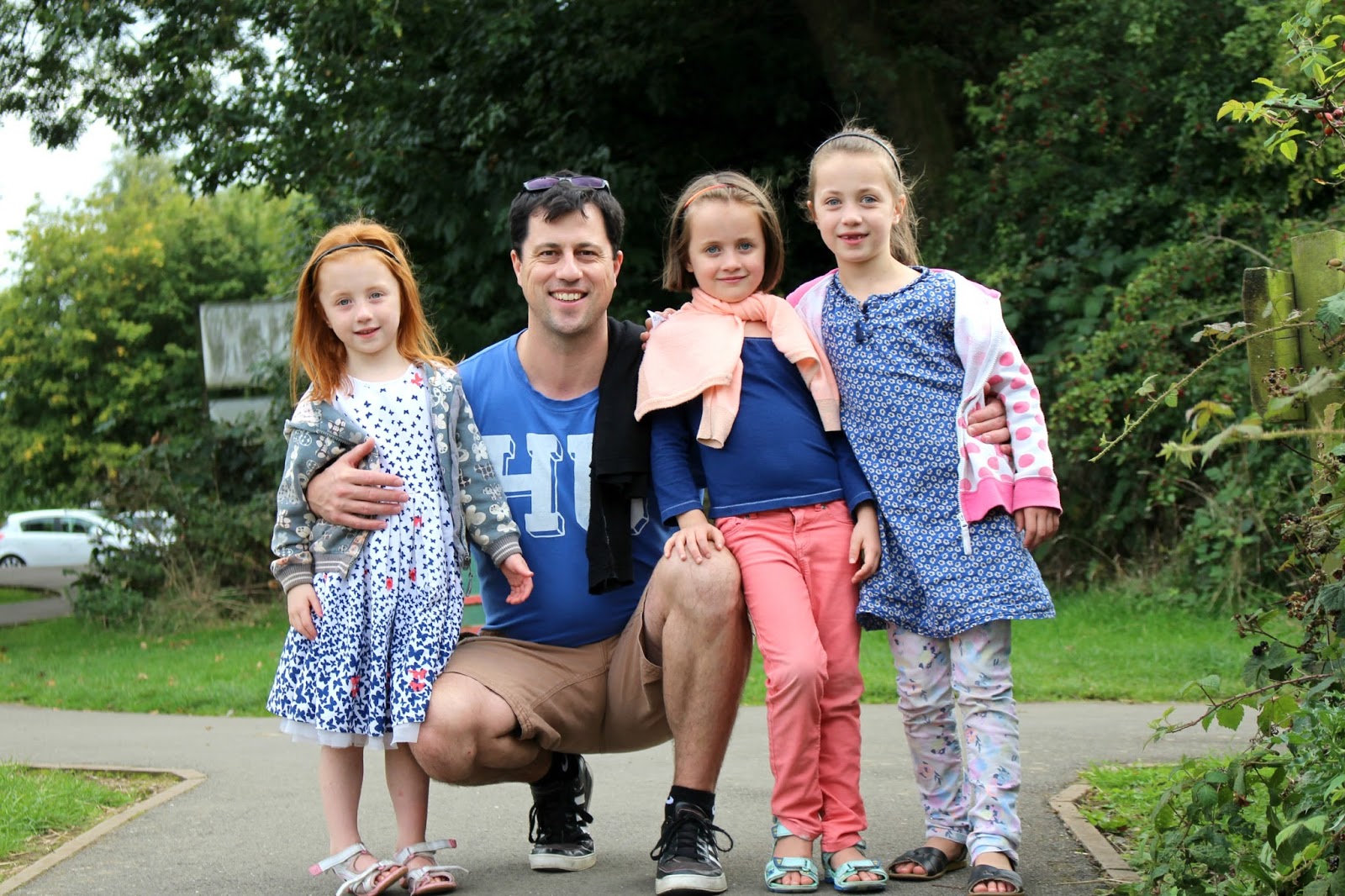 Work for D is still challenging and full-on but that is his wheelhouse :) Our weekends were mostly home-based as we recover from our different states of tiredness. Though we went to visit a wee farm one Sunday afternoon, A and I had a day out and were joined by a friend at an open embroidery stitching session at the city library.   Of course the Rugby World Cup started so naturally a few games were watched to varying degrees of enthusiasm ;p 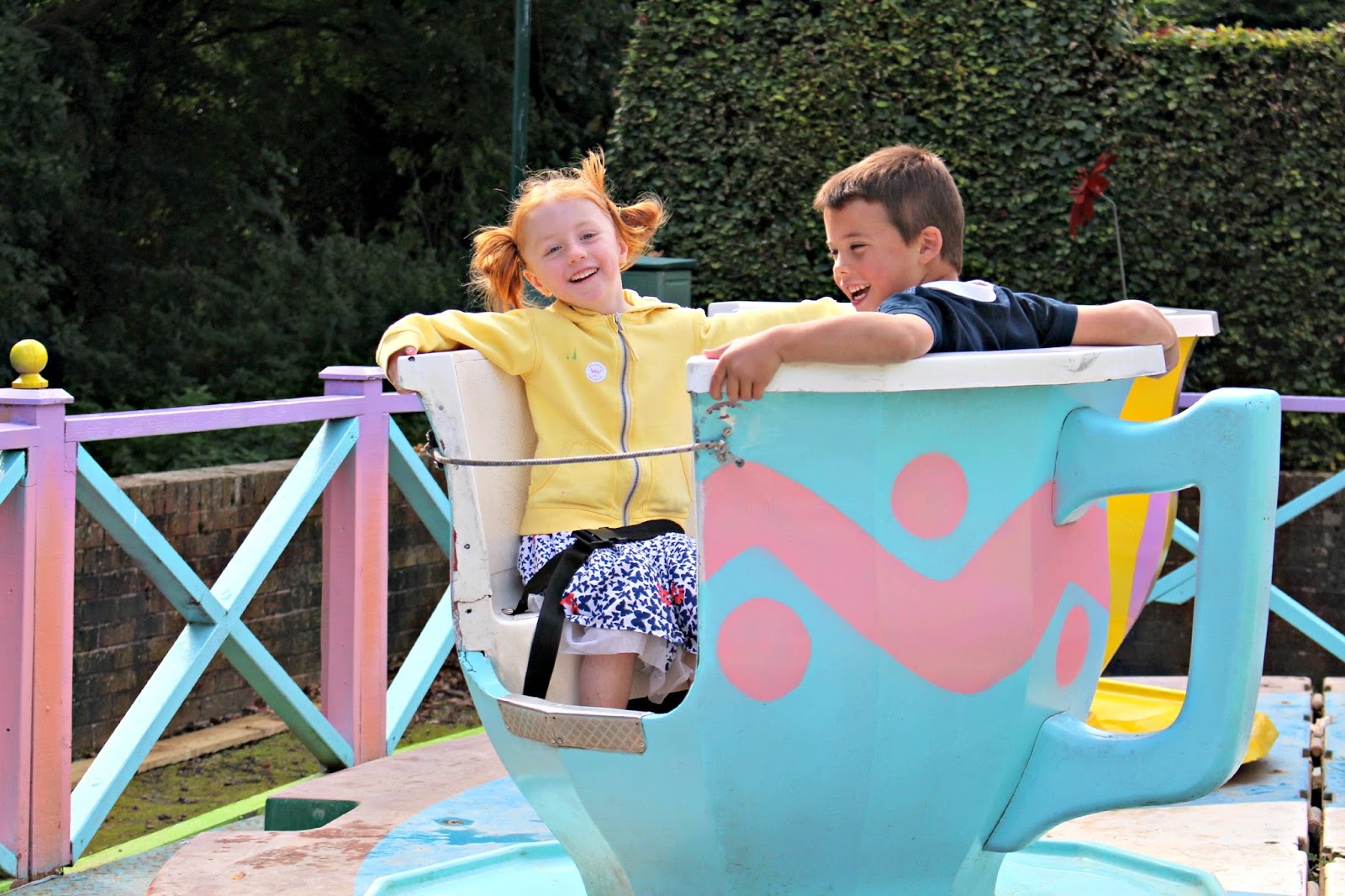 There were a couple of impromptu playdates and the beginnings of new friendships too.  We have been going apple crazy as a neighbour generously gifted us bags of apples every couple of weeks.  Muffins, tarts, biscuits, cakes, pies, crumbles, baked deserts.... filling our tummies and those of our neighbours and friends too :)  Sharing is caring! 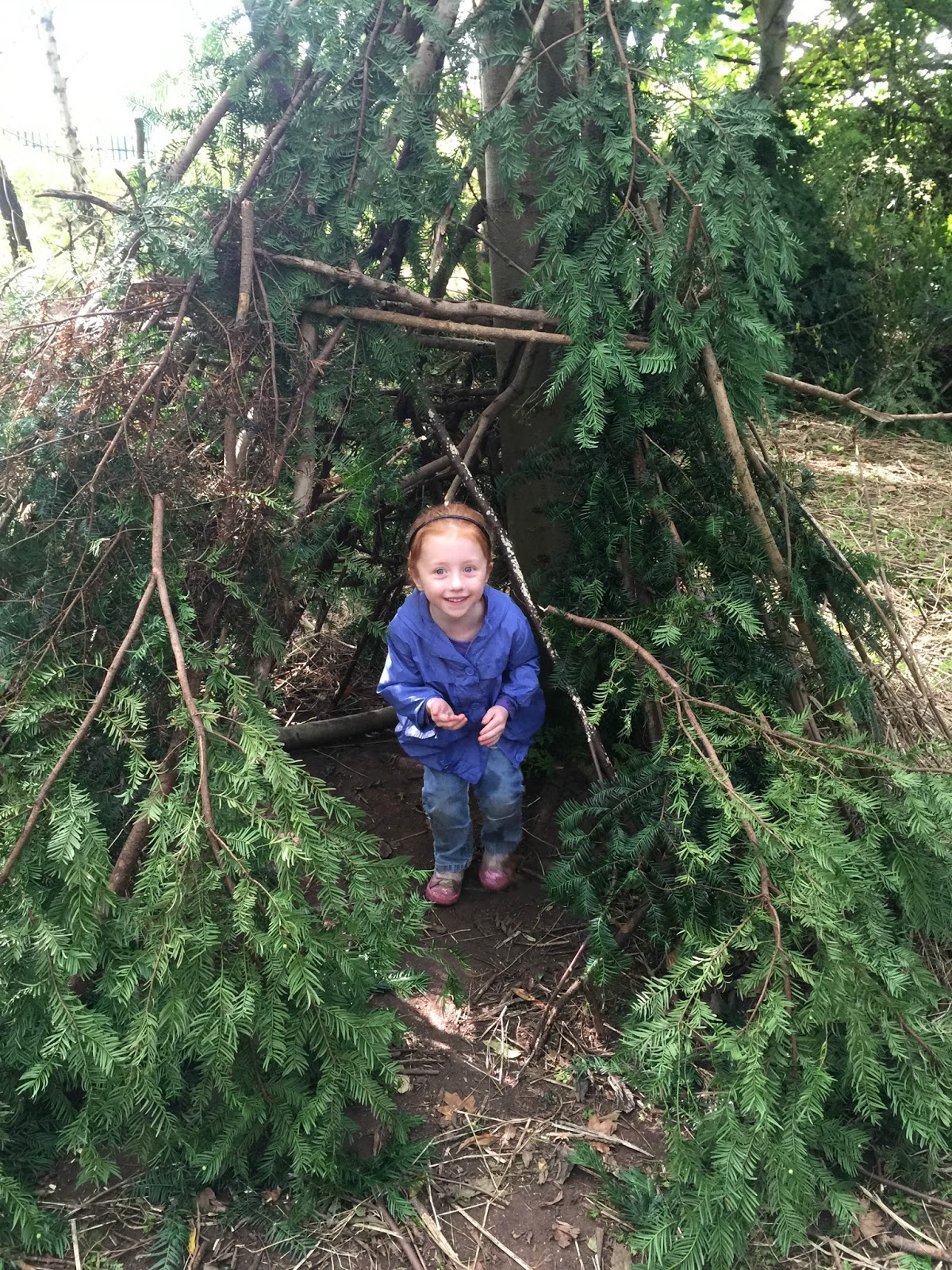 Not terribly much happened on the crafting front...tested a wee pattern, made a tiny amount on Christmas gifts and a very small birthday gift.  It never fails to amaze me how full life is and how quickly the days go... hard to keep track sometimes but we are happy and cant complain :) 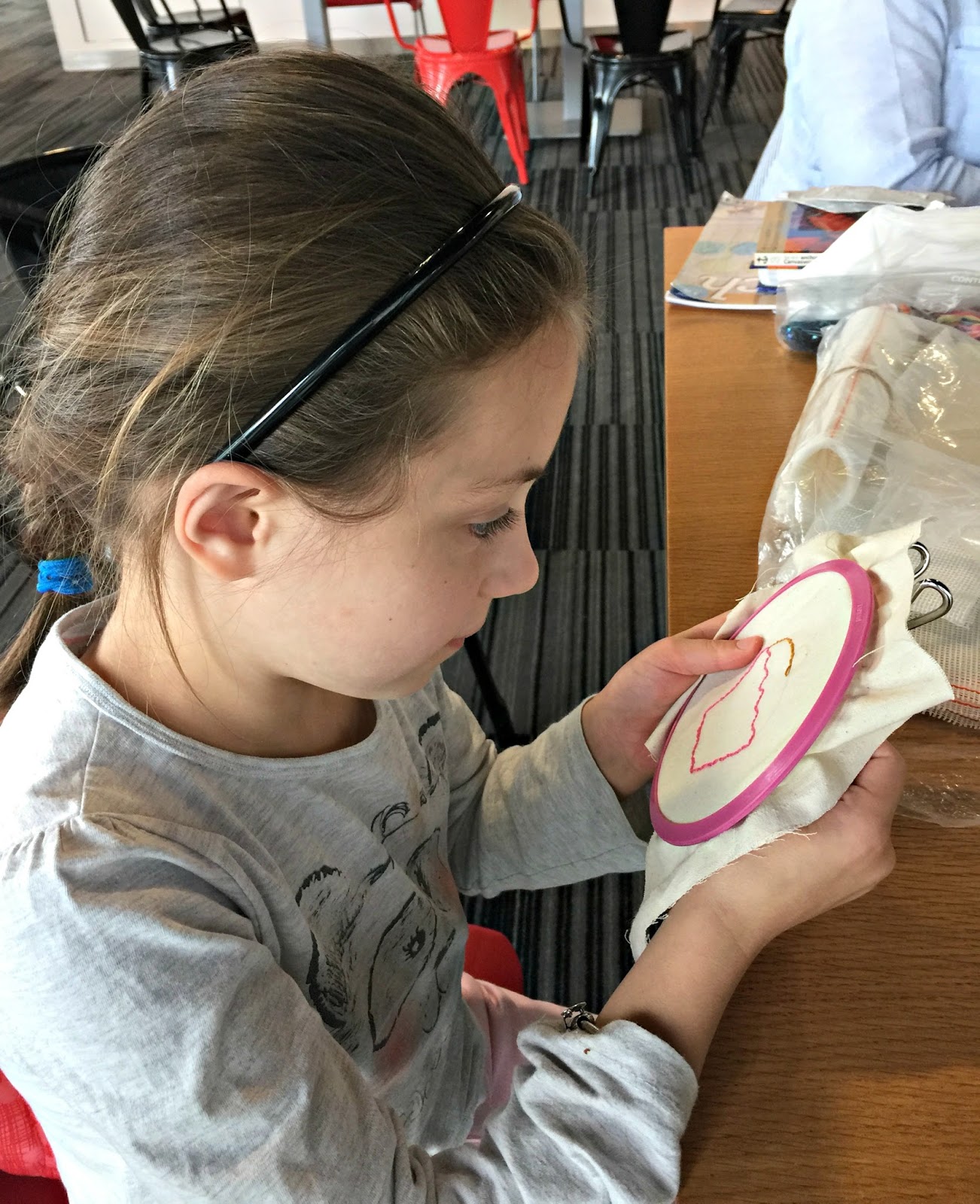 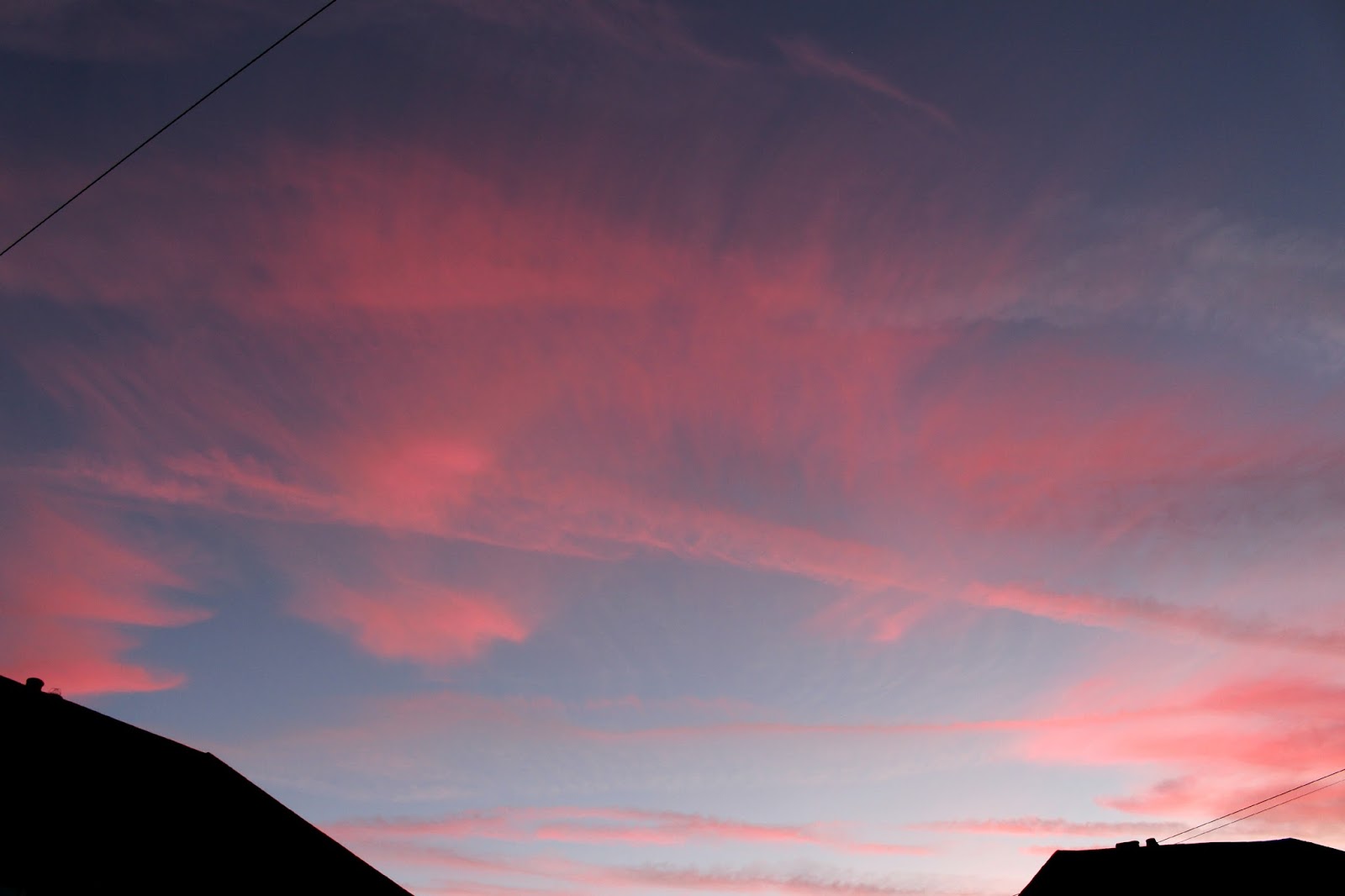